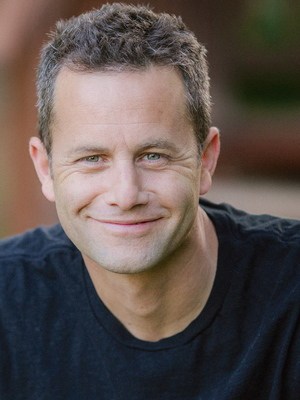 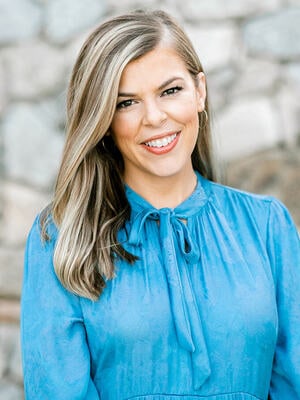 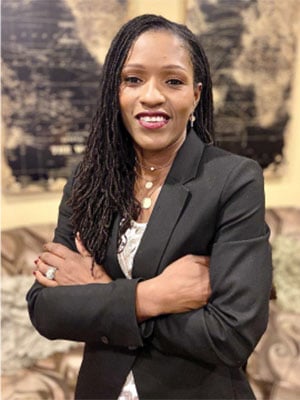 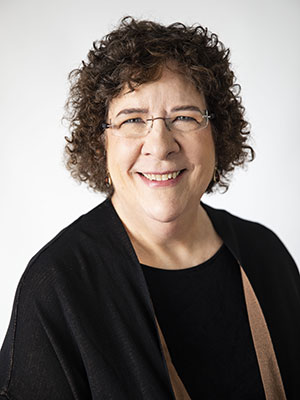 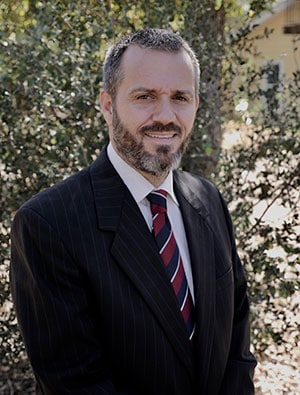 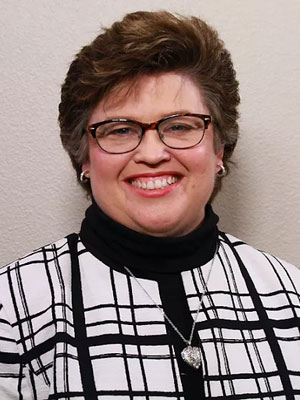 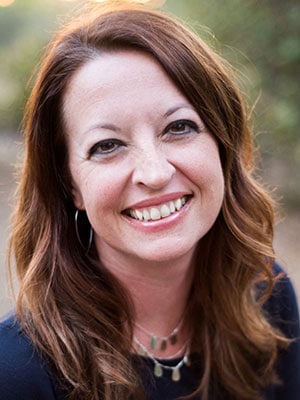 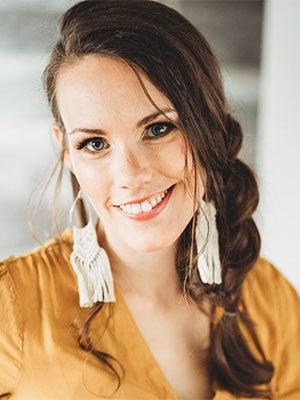 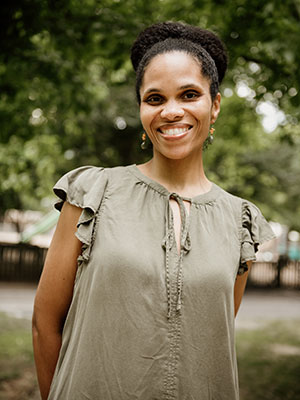 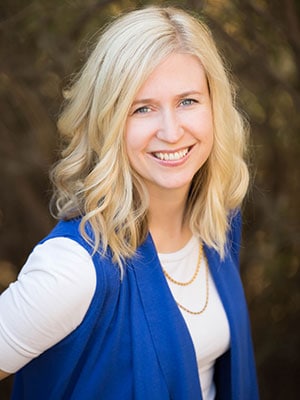 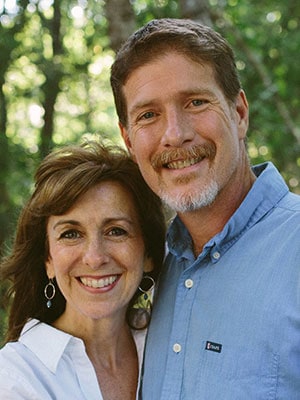 Kirk Cameron has been a part of the national landscape since starring as “Mike Seaver” in the ABC hit sit-com, “Growing Pains.” That role turned him into a cultural icon in the 80’s, with his mullet hairstyle, cool sunglasses, and wisecracking comebacks. Since then, he’s appeared in numerous television and movie productions, including the “Left Behind” series, “Monumental,” and Fireproof- the marriage-centered film that became the #1 grossing inspirational movie of 2008. His newest film, Connect, released Feb, 2018, and offers “real help for parenting kids and teens in a Social Media world.” He’s been featured on Nightline, Fox News, and CNN and currently tours the country speaking live to 30 churches a year as part of the “Living Room Reset” marriage and parenting conference. In the fall of 2016 and 2017, he hosted live Fathom theater events called “Revive Us” — a “national family meeting” urging the family of faith to return to the biblical principles that will bring blessing and protection to our country. The live events took place in over 750 theaters across the United States and were attended by over 200,000 people. Kirk and his wife, Chelsea, met on the set of “Growing Pains and have been married for over 26 years. Together they have six teenage children and host an all-expenses-paid summer camp for terminally ill children and their families called Camp Firefly.

Allie Stuckey is the host of the podcast, “Relatable,” where she breaks down the latest in culture, news and politics from a Christian, conservative perspective. She is a frequent guest on Fox News, writer, and the author of the best-selling You’re Not Enough (And That’s OK): Escaping the Toxic Culture of Self-Love. In 2015, Allie began speaking to college sororities about the importance of voting. What started out as a hobby soon turned into a full-time career, with her blog “The Conservative Millennial” launching her into the political media sphere. Today, in addition to podcasting, writing, and making the occasional satirical video, Allie speaks to colleges and organizations about the importance of conservative values.

Latasha is a passionate, bold, spirit-filled leader that believes in Conservative Biblical principles. First and foremost, parents have the ultimate responsibility to train up, direct their children’s lives, and diligently teach them according to Proverbs 22:6 and Deuteronomy 6. In this, she believes that it’s incumbent on all individuals to hold in high regard their historical plight and the values that build strong parental guidance, encourage thriving communities, and teach children their true disposition.

Latasha and her husband Ronald were born and raised in Baton Rouge, Louisiana. Latasha spent 33 years of her life there before the Lord called them to serve the resilient people of Illinois, residing in the great City of Chicago since 2011. Latasha and Ronald have been married for 16 + years. Together they have four beautiful children, a homeschooled college graduate and three currently homeschooling alongside other children from the community.

Latasha is the founder of Christian Home Educators Support System, EPIC Cafe, Empowering Parents, and Igniting Communities. She is the Illinois State Coordinator for ParentalRights.org, a 1776 Unites Achiever, a candidate for Illinois Lieutenant Governor, and the recipient of the Illinois Family Institute 2021 “Voice of Truth” award, recognizing her “faithfulness and efforts to rescue students from the Apostles of Wokeism in government schools.”

She gave her personal testimony of perseverance to the Congressional House Committee on the Budget: “Poverty in America: Economic Realities of Struggling Families.”  Her opinion piece, “God, Parents, and the ‘1619 Project'” featured in the Wall Street Journal, gives more insight into her underlying message of autonomy. “For it is God which worketh in you both to will and to do of his good pleasure.” Philippians 2:13.

Latasha has also appeared on Fox and Friends, Newsmax, C-SPAN, as well as many other podcasts and outlets, discussing African American history from 1776 to the present day.

Dr. Kathy Koch (pronounced “Cook”) is the Founder and President of Celebrate Kids, Inc., a Christian ministry based in Fort Worth, TX. She is an internationally celebrated speaker and popular radio guest who has influenced thousands of parents, teachers, and children in 30 countries through keynote messages, workshops, seminars, assemblies, and other events. Her practical, relevant, results-oriented concepts and engaging, honoring, and humorous speaking style draw enthusiastic raves from children, teens, parents, and educators. They leave her events armed with new beliefs, attitudes, and practical tools and increased hope in God to build healthy relationships and increase success in family, life, and school. She earned a Ph.D. in reading and educational psychology from Purdue University, and was a tenured associate professor of education at the University of Wisconsin-Green Bay, a teacher of second graders, a middle school coach, and a school board member for a Christian school prior to becoming a full-time conference and keynote speaker in 1991.

Jared Dodd is an author, pastor, and speaker who has been doing ministry for the last 20+ years. He and his wife, Amy, homeschool their 9 children and travel the country speaking on many different subjects; Apologetics, Family, Homeschooling, Discipleship, etc. They have a weekly broadcast radio show called The Blessed Family and currently have three full length video series on RightNow Media.

Jared is the author of nearly a dozen books including the Scroll Saga (The Castle and the Scroll, The Dragon and the King, The Maiden and the Serpent), and the DIO Trilogy (Discipleship, Immersion, and Obedience). He was recently the KeyNote Speaker at the North Dakota Homeschool Convention. His greatest passion is the renewal of the Biblical Family. To find more of Jared’s resources, including books, videos, and audios please visit jareddodd.com

Krista Bontrager is a fourth generation Bible teacher. She is an author, podcaster, former university professor and homeschool mom. Krista has a unique ability to communicate the truth of Scripture in an accessible and practical way. She has dedicated her life to helping others discover how to love God in Spirit and truth.

Natasha Crain is a national speaker, author of four books, blogger, and podcaster who is passionate about equipping Christians to  think more clearly about holding to a biblical worldview in the midst of an increasingly challenging secular culture. She has been featured on radio and TV shows across the U.S. and Canada, and lives in southern California with her husband and three children. She writes at natashacrain.com.

*The Woodlands Convention only

Rebecca is a homeschool mom of 5 kids, creator of Gather ‘Round Homeschool, owner of Homeschoolon.com, and author of More Than Words Bible curriculum. She is a second generation homeschooler who is passionate about sharing her successes and failures . . . to be authentic and honest that this is not always easy, but it is possible. Join her for stories from the trenches of homeschool life that are relatable, funny, and all too true. And may you walk away with practical tools and strategies and a fresh new perspective to keep you going. Bring a cup of coffee, it’s about to get real.

Amber lives in Georgia nestled among pine trees, hammocks and ziplines with her husband and their four children. Her happy place is the back porch on a rainy day, preferably with a giant mug of hot tea and a good book. And although she was raised in the air conditioning, somehow the woods is where she feels most at home these days. Amber is the author of A Place to Belong: Celebrating Diversity and Kinship in the Home and Beyond (TarcherPerigee), and she writes about adding multicultural mirrors and windows to a traditional Charlotte Mason education at HeritageMom.com and @heritagemomblog.

*The Woodlands Convention only

Heather Haupt’s background in neuroscience alongside her voracious love of learning and fascination with HOW kids learn fuels both her own family’s learning adventures as well as her desire to equip others. Recognizing the brevity of childhood and the power of a parent’s influence, Heather both inspires and equips families toward intentional parenting, pursuing God, and delighting in the adventure of learning. She is a popular speaker and author of the books Knights-in-Training: Ten Principles for Raising Honorable, Courageous and Compassionate Boys, The Ultimate Guide to Brain Breaks, and co-author of the curriculum GO GLOBAL: A Literature-Heavy, Movement-Rich Learning Adventure.

Warren and Mary have been married for over 35 years and are the proud parents of 8 children, most of which are married and bringing them a growing number of grandchildren (12 and  counting). They homeschooled all their children over a span of 28 years.

For years, the Robbins have been teaching, discipling, and coaching parents in various stages of  parenting. Many families who have benefited from their teaching strongly encouraged them to  make their materials more broadly accessible to others. Warren left his technology career to  launch Parent Reform alongside Mary – resigning his role in Dell’s Office of the CTO where he  was responsible for defining the security strategy for Dell’s Internet of Things initiative. His knowledge in technology and cybersecurity has proven invaluable for advising parents about  technology in the home.

Ecclesiastes 3:1 tells us that “For everything there is a season.” Warren and Mary have  intentionally waited in launching this ministry until most of their children were grown and the  fruit from their labors tested and evident. As they have entered the “fall” season of parenting  they believe this is the time to share what they have lived and learned.

While both hold college degrees, their credentials in creating Parent Reform comes from the  school of experience that has been their tutor these past many years. Their deepest desire and  motivation is to share with others what God has taught them to help equip and encourage the  next generation as they raise their children for the glory of God!